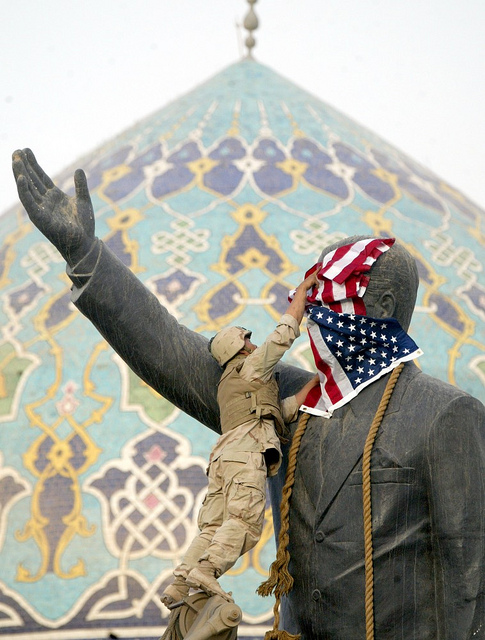 Discussing World Politics invited all to its first discussion held in English in Berlin.

to discuss the (un)efficiency, nature and purpose of Western efforts of promoting democracy in the world.

The subject of democracy promotion has become an increasingly controversial topic – closely associated with a Western approach. For many, the topic raises suspicion and questions about ulterior motives behind the effort to bring justice, liberty and freedom to other societies. The idea of promoting democracy is most closely interwoven with US history and foreign policy. It featured in US efforts to reshape Europe after WWII or supported independence movements from colonialism, but also during the Bush Administration’s intervention in Iraq. Democracy promotion gained significant ground as a response to the fall of the Soviet Union and the Berlin Wall, increasing European integration, democratization movements in Africa, Latin America and Asia. The idea of democracy, although increasingly contested, has still universal appeal.

We want to invite experts and laymen to discuss together what democracy promotion is about, what its purpose is, how it works and whether it works.

Our two designated experts gave a short inside on their perspective before the discussion was opened to everyone:

As usual, the discussion was open to everyone and free of charge.